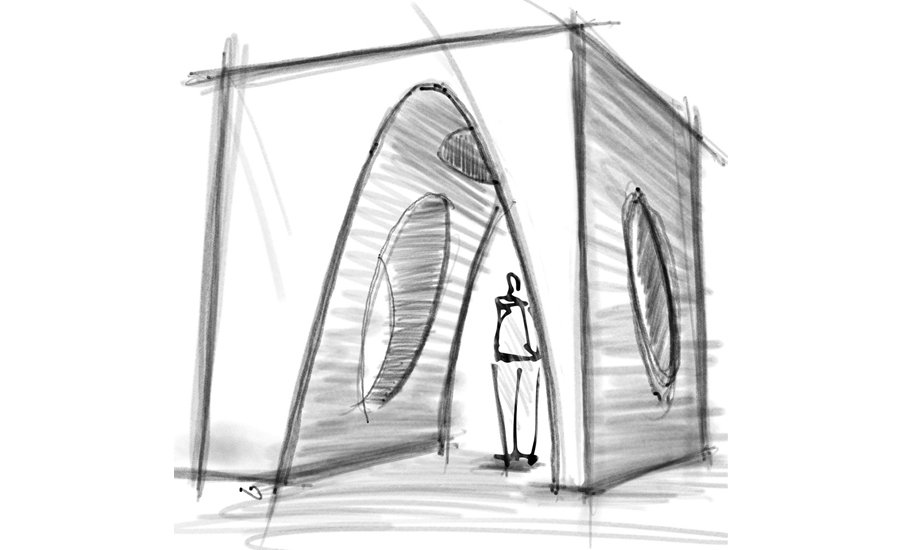 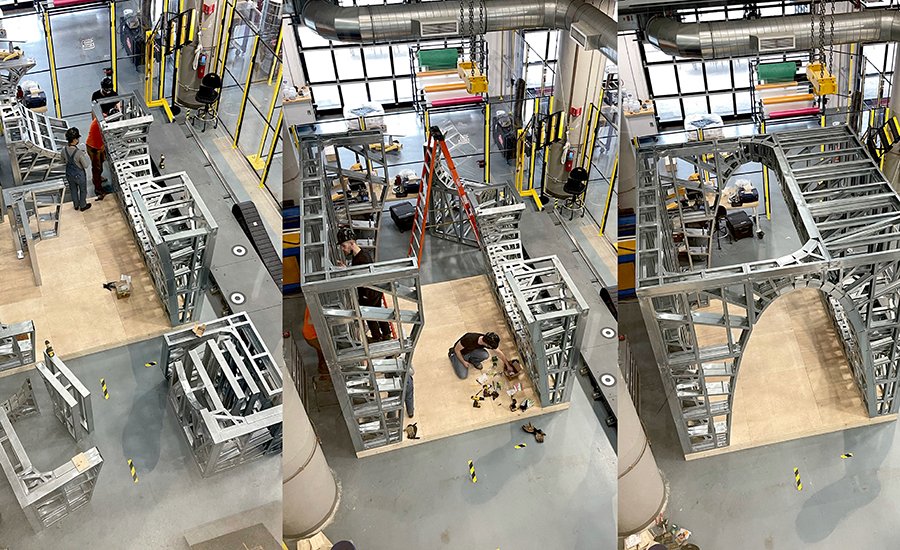 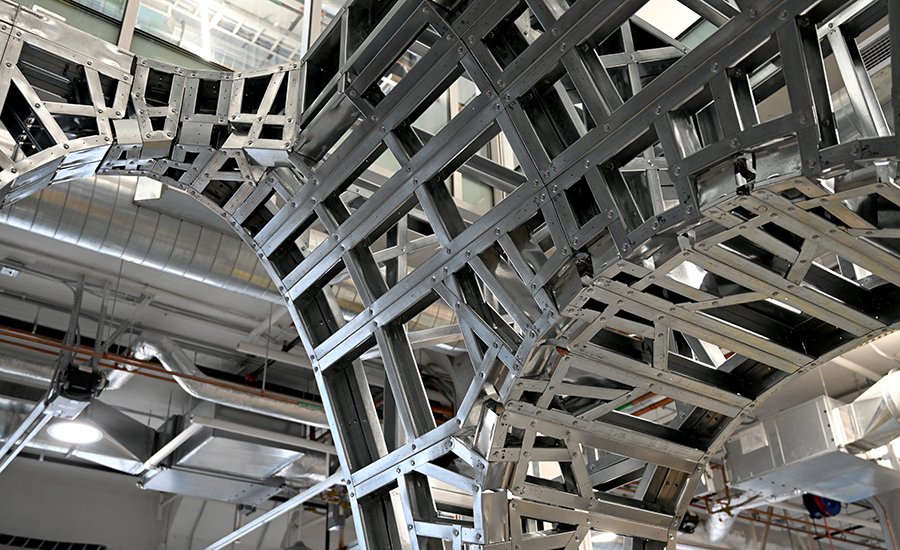 The modules fit together precisely. 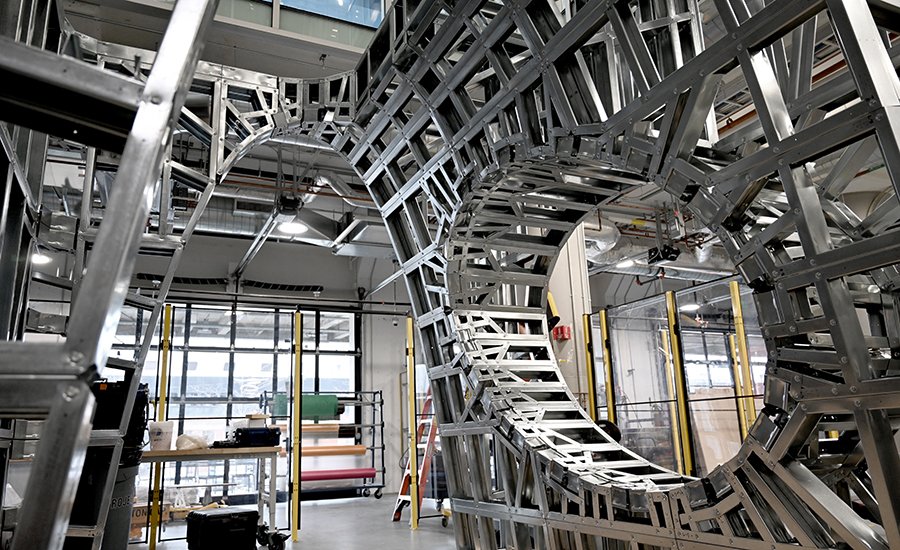 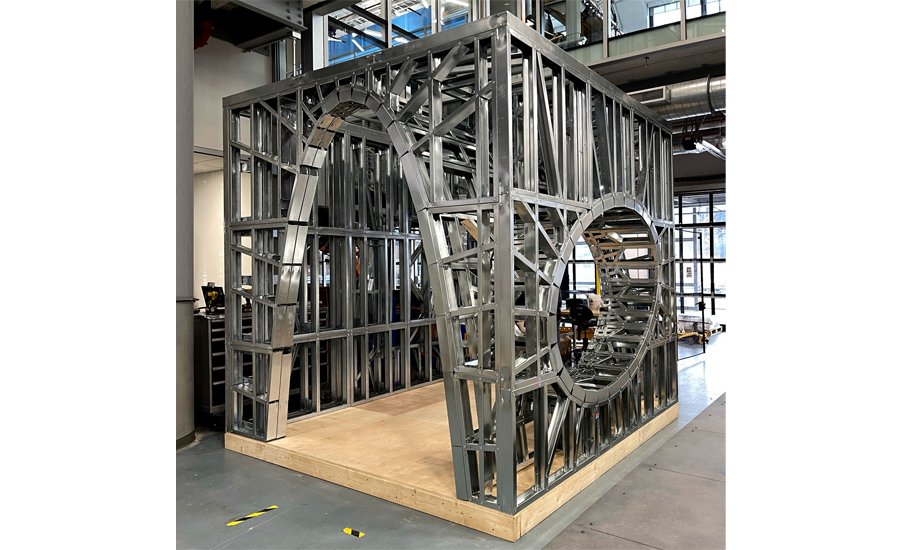 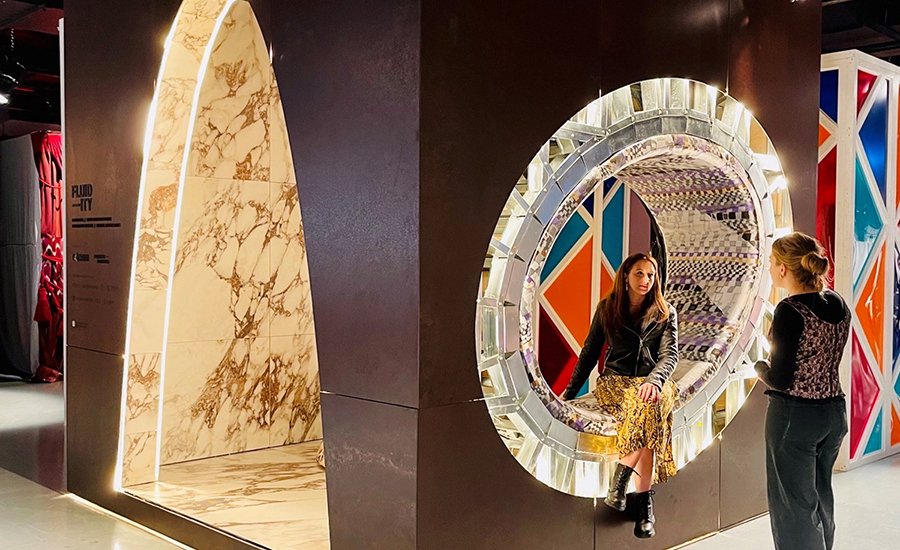 FLUID-ITY on show at DIFFA by Design. 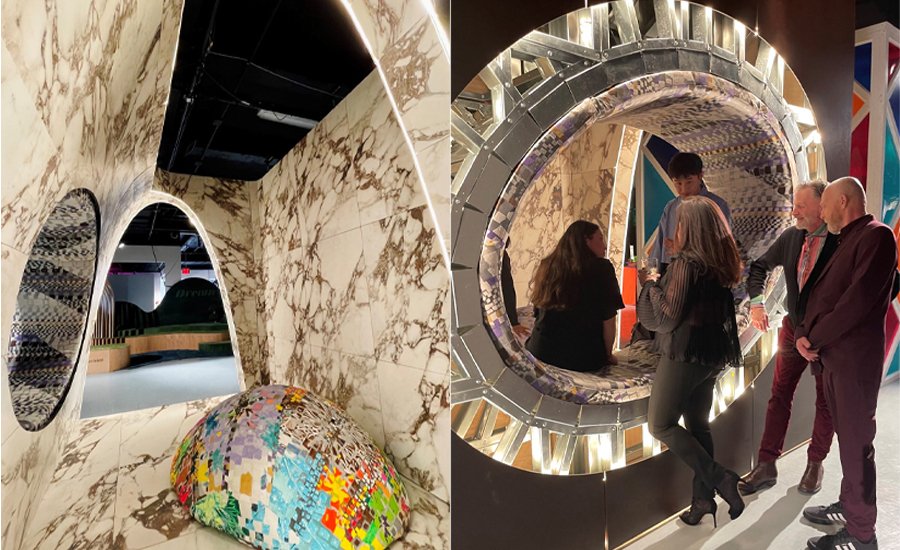 Imagine porcelain tiles wrapped around a curved sculptural structure. There was actually the opportunity to do more than imagine at the recent Design Industries Foundation Fighting AIDS event, DIFFA by Design 2022, which showcased the latest in the design world. Such a build structure – the result of a project called FLUID-ITY - was on show, offering the opportunity to explore its curvature up close by circling around and through it.

The project is yet another example of how the new world of value engineering with software, fabrication technology and collaboration across multiple parties is coming together. The results bring to life extraordinary design concepts efficiently, cost-effectively and with minimum wastage.

The STUD-IO software was used to generate a highly accurate, complex and curved geometry that was ultimately clad with tile. For many, the concept of porcelain tile cladding a curved structure seemed implausible. But this project successfully reimagined Florim porcelain, presenting this material in a curving, organic application.

This project is yet another example of STUD-IO’s intelligent prefabrication systems at work, bringing the boldest of ideas to life. True to the new value engineering philosophy, the company is adept at leveraging its suite of design and fabrication tools to execute complex construction projects that stay true to the architectural design vision.

The structural and geometric requirements of the project were in themselves complex, but the installation offered other challenges too. Every prefabricated component of the installation had to be designed to fit into the elevator at the DIFFA event. And so, the structure was divided into 19 modules, prefabricated at the Autodesk Technology Centre and then individually transported by elevator at the event before being bolted together in place.

As for those 19 modules – they contained a total of around 2500 connections, or about 5000 screws. Despite this complexity, the entire fabrication and assembly process for the modules occurred in one week and assembly of the full structure took only two hours. Unsurprisingly, these timelines are deemed extremely impressive.

FLUID-ITY was a project of geometric complexity, only feasible with the right tools, including efficient software and precise digital fabrication equipment.

To receive the custom porcelain tiles, each structural module had to be accurate, and the modules needed to assemble together precisely to prevent visible seams in the final assembly. Howick’s X-TENDA™ 3600  was at work on the FLUID-ITY project, ensuring the modules came together like perfectly fitting puzzle pieces.

Howick roll-forming machines provide the efficiency and accuracy that enable mass customisation and that ultimately makes structures like FLUID-ITY possible.

StudFinder software works with efficient and precise digital fabrication equipment like Howick roll-forming machines, ultimately providing a clear and automated path from design through fabrication for any structure.

This project was a fine example of how well that works, says structural engineer Michael Ludvik (from M.Ludvik Engineering) who was involved in the project. He was highly impressed by Howick’s ability to essentially “knit studs” into a three-dimensional structure incorporating modules that can then be “plugged together” in the field.

STUD-IO partners with builders and fabricators to develop and deploy custom workflows that minimize cost and maximize prefabrication capabilities. Howick is proud to be part of that picture.

With the complex framing fabrication complete, the installation is brought together.

Michael Ludvik, of M. Ludvik Engineering, talks about how Howick’s technology is used in the fabrication of this project at 1:55 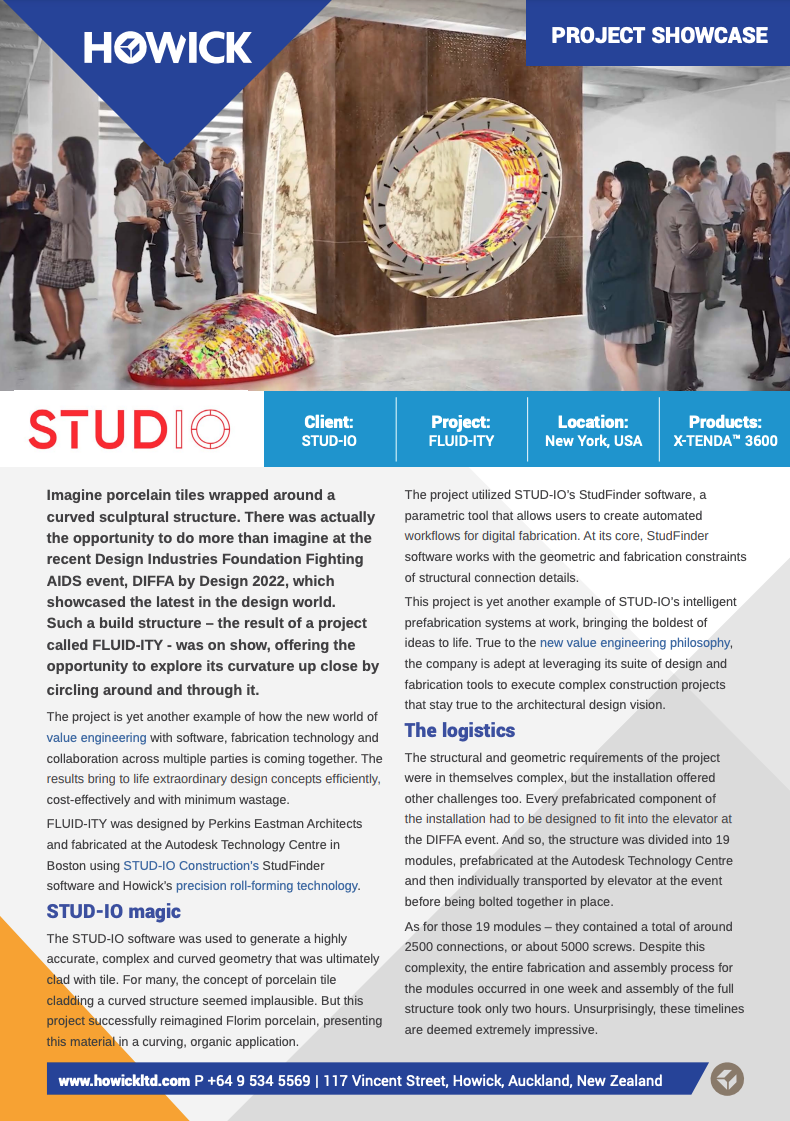