Indigenous family owned and based in Broome (Kimberley Region), Western Australia, Kimberley Manufacturing Pty Ltd has been in the business of steel fabrication, specialising in Cyclonic rated Wallframes and Roof trusses for over 20 years. 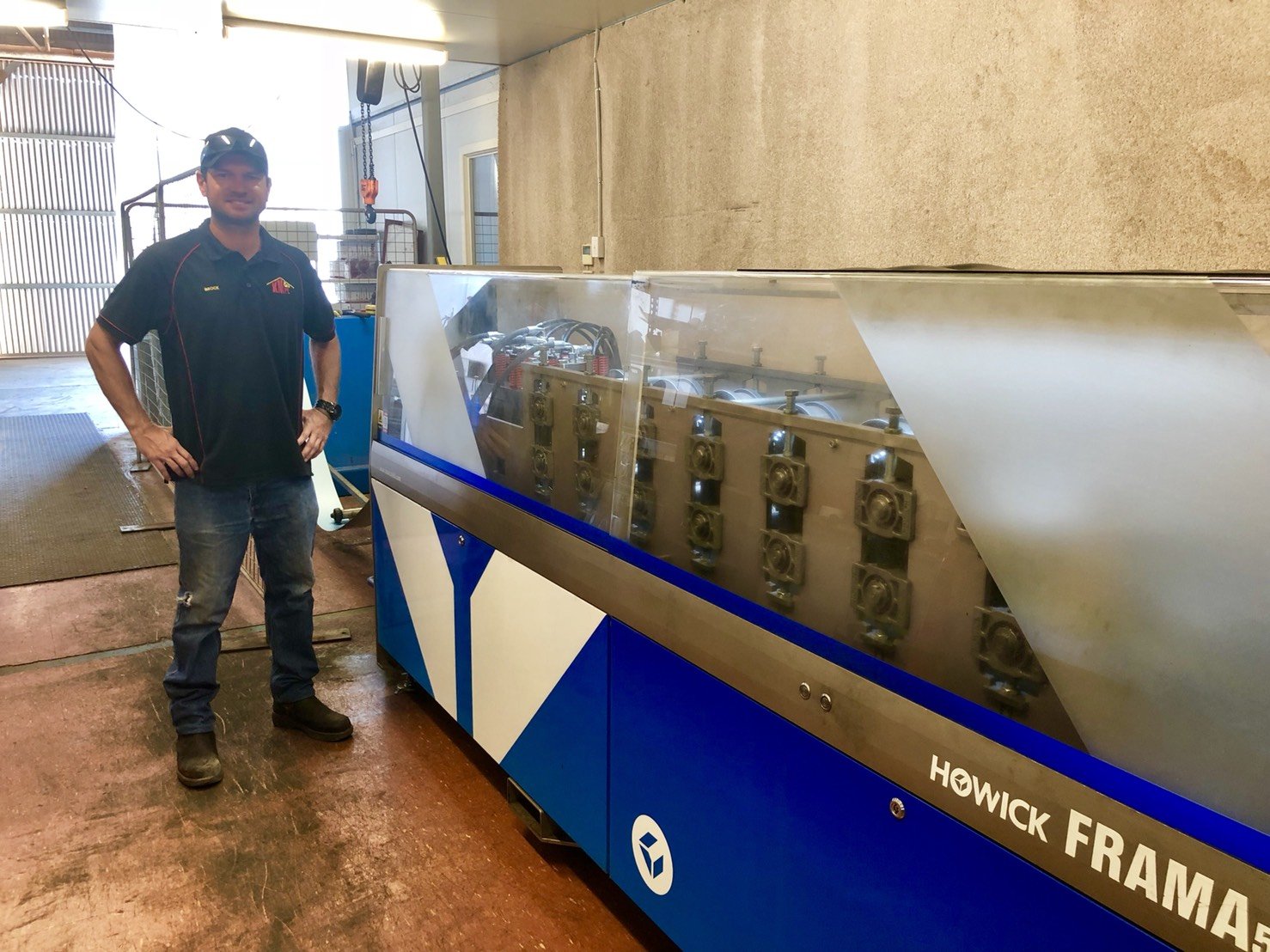 Launched in 1996 as B & J Building Consultants and Steel Supplies, the company is proudly indigenously owned with broad connections throughout the West and Central Kimberley. Over 30% of the staff are Aboriginal and the company is proud to support the local indigenous people. In 2013 the company underwent a rebrand, becoming Kimberley Manufacturing Pty Ltd - and that’s not the only big change the company has made in recent times…

Traditionally KMPL utilised intensive manual labour and welding with hot-rolled steel within their Cyclonic rated wallframes as the basis of their steel fabrication. A few years ago, when a competitor in a neighbouring region started winning clients with their roll-forming machine, KMPL recognised the need to invest in the future of roll-formed steel. They chose to purchase a Howick FRAMA machine - and haven’t looked back.

It wasn’t long before the business began to flourish. The quality, the effective use of materials, time, and labour, all contributed to a burgeoning demand, including expansion into the before-mentioned competitor’s region. Their product became so popular that the competitor is no longer in business.

Once the changes were implemented, the differences in production efficiency was like night and day. Prior to the change to the Howick FRAMA machine, a wall and roof assembly would take 4 to 5 times longer than it does now! Plus, less space is required - one workbench compared to the previous need of ten, resulting in lower overheads. The work is also simpler.

“All the excessive grinding, cutting, jigging and welding associated with working in with hot-rolled steel became a thing of the past,” says Brock Watling, General Manager for KMPL, who, together with Paul Watling, Director of KMPL, spearheaded the change in the business.

Light gauge steel profiles produced by the Howick machine are pre-drilled, fully processed and ready for assembly. Parts are snapped together and fastened to make a complete frame without needing a jig, or all the fuss that went with welded (hot-rolled) steel.

It wasn’t totally plain sailing, however, and the KMPL team did meet some resistance from builders and contractors who were used to ‘the way things have always been done’. “They soon came around when they realised that the increased popularity of light gauge steel meant winning more contracts for work,” says Mr Watling.

A catalyst for strong business growth

KMPL has continued to grow in leaps and bounds. Since the implementation of the Howick FRAMA machine in October 2015, 994 tonnes of steel coil has been processed. That’s an average of 330 tonnes per year, which is nearly twice the average of 175 per year prior to the roll-forming. The company now provides most of the wall frame and truss requirements in the Kimberley and Pilbara region. Production and cost efficiency also enabled KMPL to win a large number of contracts to manufacture wallframes and roof trusses for the National Partnership on Remote Housing. This is an initiative that focuses on the housing needs of Aboriginal and Torres Strait Islander people in remote communities.

“Our business now extends as far as 1100kms north in the East Kimberley region and 1000km South in the Pilbara Region including the remotest of locations,” says Mr Watling. “During the peak periods, we would be running the Howick machine relentlessly to keep up with tight deadlines. We wouldn’t have been in this current position and be able to handle the growth acceleration if not for the Howick machine, and the service and support the Howick team has given us from day one.”

The Howick FRAMA machine has had an undeniably positive impact on KMPL’s business and the company is looking forward to a bright future with the support of the Howick team and their light gauge steel roll-forming FRAMA machine.

chevron_leftprevious  IN THE FRAME: SEPTEMBER 2018 NEWSLETTER

Taking Howick to the World of Construction   nextchevron_right